Making Music for All People

“…the band feels like something that has stepped out of a time warp but is also singular and fresh in its hybrid sounds of roots, soul, and rock music.”
– L. Michael Gipson, Soul Tracks

There is a contagious and combustible energy every time the eight-piece band, The Suffers, steps on the scene. NPR’s Bob Boilen attributes the band’s allure to their “Soul, straight from horn to heart.” He adds, “This band is on fire when it’s in front of an audience…but the intensity of their shows is also captured in the studio.”  Following The Suffers’ electrifying late-night TV debut on Letterman in 2015, David Letterman exclaimed, “If you can’t do this, get out of the business!” The Suffers exploded onto the scene that same year with their dazzling EP Make Some Room followed by their heralded self-titled debut in 2016.

There is something undeniable about The Suffers (whose name is a reference to the 1978 Jamaican film Rockers starring Leroy “Horsemouth” Wallace, Jacob Miller and Burning Spear, among others), that instantly hits home with their audiences. “We make music for all people,” says lead vocalist Kam Franklin. “At this point, we’ve played all over the world and one thing is certain – if the music is good, the people will enjoy it.” Since 2011, the H-Town heroes have been on a steady grind and have no plans of stopping. The band is working on their highly anticipated follow-up to Everything Here and will release new music the Fall of 2021. 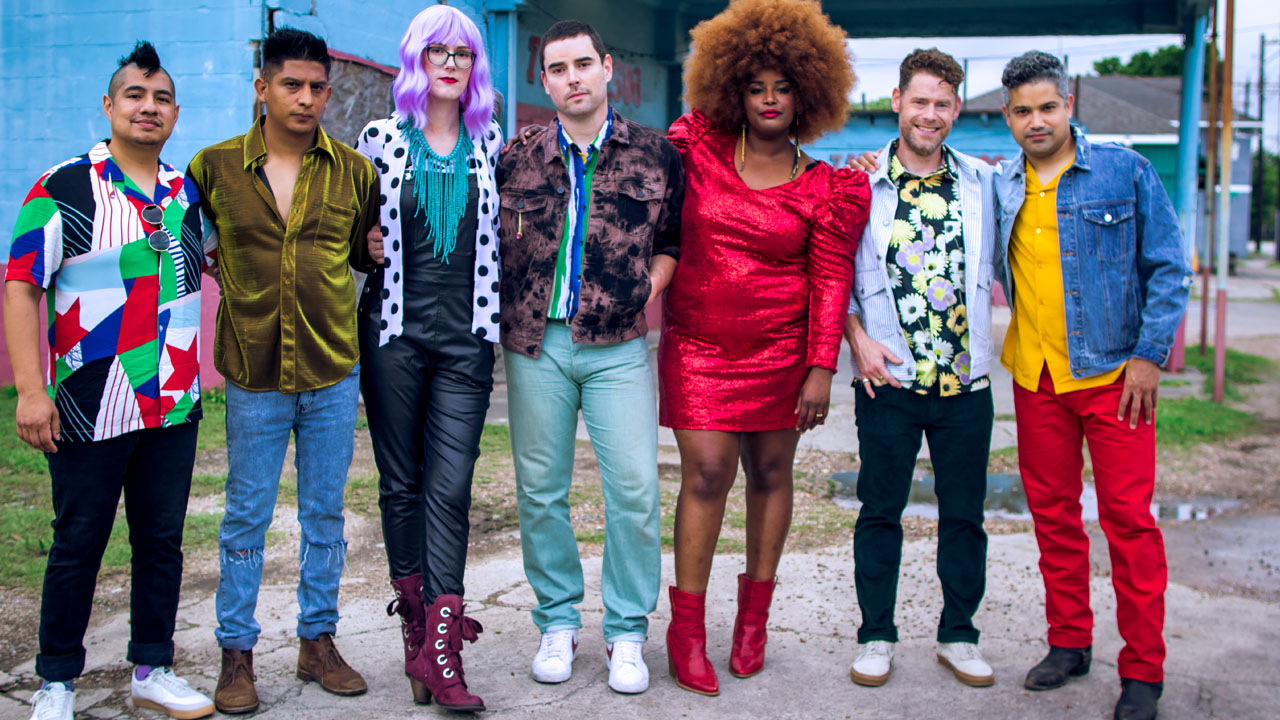