Following the digital premiere, on demand viewing available through May 11, 2021

Join us for the post-show discussion

The Carver Community Cultural Center is excited to present the virtual premiere of Eleven Reflections on September. Originally written and presented as a live theatrical experience, this performance was initially scheduled to be presented live on stage at the Carver in May of 2020, but due to the pandemic had to be rescheduled twice.

Through poetry, spoken word and music, Eleven Reflections on September explores the Arab American experience, wars on/of terror, and “the constant rain of death amidst beauty” that each autumn brings in a post-9/11 world. Based on a series of poems written by Andrea Assaf since 2001, Eleven Reflections explores the disintegration of language in the face of violence, prejudice and unspeakable horror, as such they progress from lyrical to abstract to fractured with the annual witnessing of autumn leaves becoming a metaphor for the fallen.

This virtual performance is presented as part of a yearlong residency with artist Andrea Assaf, as part of their national “Eleven Reflections on the Nation” initiative, which the Carver is excited to partner on. Over the course of twelve months, Assaf will engage with the San Antonio community and beyond through monthly virtual discussions called the “Reflection Sessions”, as well as a series of workshops and community engagement activities that will ultimately culminate in the creation of a new, large-scale community based piece created by engaging Middle Eastern/North African (MENA) and Muslim artists and allied from across San Antonio. Written about our community by our community.

Eleven Reflections on September was originally scheduled for May 16, 2020. However, the performance had to be rescheduled due to the global pandemic. Tickets purchased for the original date will be honored for the new date with no further action is required at this time. Inquiries regarding refunds should be directed to the point on purchase.

Calling San Antonio artists & community members! Lebanese American writer and theatre artist Andrea Assaf invites video, story, and creative submissions by Arab American, Middle Eastern/North African (MENA), Southwest/Central Asian, Muslim, and allied artists and community members, to share lived experiences related to her upcoming work community-based work, Eleven Reflections: San Antonio, which will explore post-9/11 experiences in our city. A submission form is available, hosted by the Arab American National Museum, and free creative workshops are upcoming this summer with The Carver! If you have a story to share, or are interested in being considered as a creative collaborator on this project, SUBMIT YOUR STORY OR CREATIVE WORK HERE! 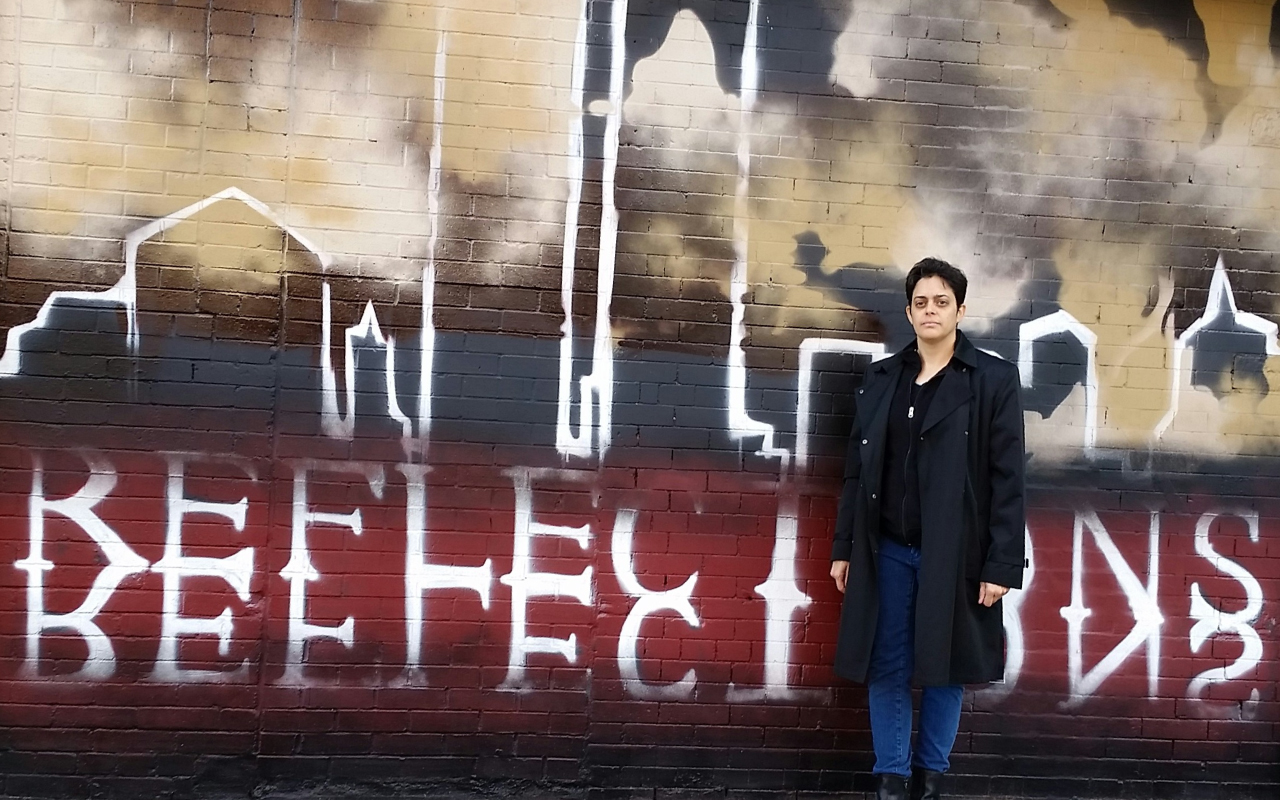