An Intimate Evening with Kara Nichole Sponsored by DreamWeek

Kara Nichole [Robinson] is a Billboard Charting, Gospel and Contemporary Christian Music (CCM) recording artist, songwriter, girls “life-coach” and mother. She has had the privilege of sharing the stage with great artists such as: Martha Munizzi, Donnie McClurkin, and Kirk Franklin…just to name a few!

Kara Nichole has release three albums and several ‘hit singles’ since 2012 that have made the radio airwaves. Her song “JESUS” (Rhythm of Gospel Awards, Music Video of the Year, 2021) climbed the Billboard charts topping at #60 and her song “You Are the One” (Rhythm of Gospel Awards, Inspirational Song of the Year, 2021) is also sweeping the nation focusing our hearts on how amazing our “one and only King” is! Come get your praise-on with Ms. Kara Nichole!

Michael Deramus [ Duck E.Z. ] is an inspiring comedian, known as DuckEz, from Alabama.  He started this career at the San Antonio Laugh Out Loud Comedy Club in 2016.  Since then, he has become a staple in the comedy scene, from opening shows up for YT sensation Jess Hilarious, traveling to various shows around Texas, and producing his own shows for the San Antonio crowds for close to a year. His passion is discovering and bringing up local and surrounding comedians, as well as providing a platform local poets and vocal artists. Come get ya laugh-on with Duck E.Z! 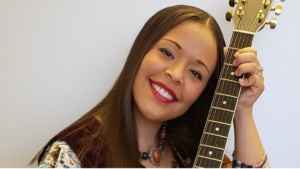 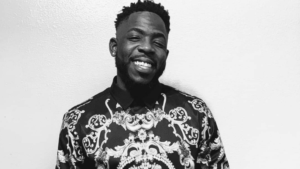