A Perfect Storm of Music

“Vocals as smooth and refreshing as water with harmonies that will make the hair on your arms raise.”
– Christian Broadcasting Network (CBN)
Share:

Built on the classic Motown review tour model, A Cappella Live is bringing four of the nation’s greatest a cappella acts to performing arts centers around America. The Filharmonic,(remove bold) a Los Angeles-based a cappella group of Filipino-American youngsters, has much to sing about. The 5-piece vocal group made the semi-finals, joined The Sing-Off national tour, and were featured in the Universal Pictures hit movie, Pitch Perfect 2. space here Committed is an a cappella group composed of six male vocalists. The group won the second season of the musical competition The Sing-Off on NBC, performing a jaw-dropping arrangement of “We Are the Champions” from Queen.

Blake Lewis first came to national attention as one of the most unique contestants ever to compete on American Idol, and long before that, as a teenager, he was well-known as “Bshorty” in Seattle’s a cappella, hip-hop, and rave scenes. Women of the World is an award-winning international a cappella quartet that performs original and traditional folk music with a contemporary twist, in 32 languages. The four singers represent Japan, Italy, India, and USA (by way of Haiti). Never before have four acts of this calibre been brought together on the same stage on the same night. Audiences will have an opportunity to hear each group perform their greatest and best-known hits as well as large-scale production numbers featuring all four groups, plus some additional special surprises. 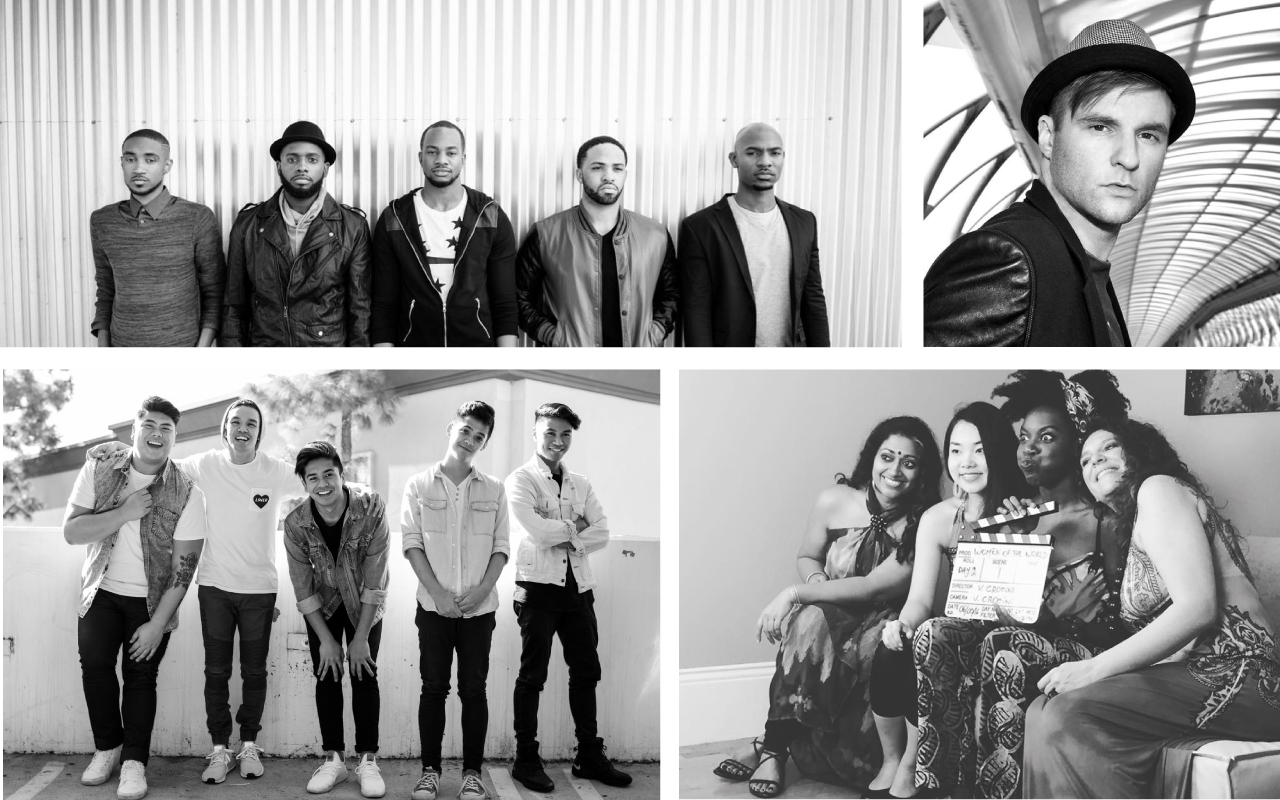